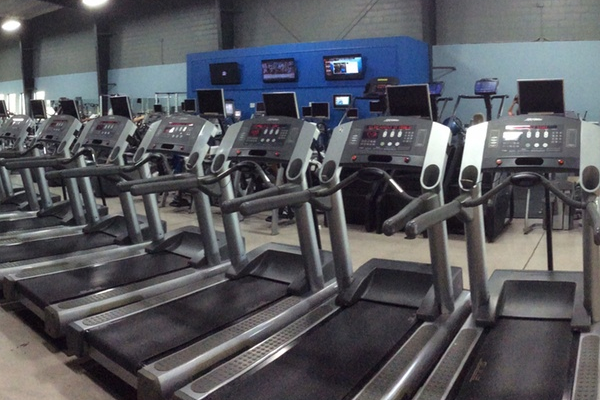 Though I didn’t realize it at the time, when we transformed my local gym into a member-owned cooperative back in early 2017, it set in motion a new, high-tech model for community fitness centers that’s now used by over a thousand gyms around the country.

Like many of the other forty-thousand fitness centers in the United States, my gym, Green Lake Community Fitness, is a small business with big investments in exercise equipment it can’t afford to replace.

We wanted to use artificial intelligence to help members with their workouts though, and so we worked with some local hardware engineers to build an Internet of Things layer of intelligence to rest atop our “dumb” equipment. The key hardware innovation was a low-cost ($2 a unit), commodity sensor with old-fashioned E Ink display technology (circa 2010 Amazon Kindle readers). The two-inch long sensors work in pairs: a “workout wand” carried by the gym member and a dongle that attaches to workout equipment.

When you check in at the front desk, you grab a wand that can go in your pocket or slip around your wrist. The check-in process instantly associates the wand with your gym profile, but just for the duration of the workout, so that the gym’s equipment knows you from other people in the gym. Its display directs you each piece of equipment in the order of your workout routine for the day, mixing it up from the mind-numbing routines most of us had before this newer, smarter system. Both wand and dongle will tell you how many reps to do at each machine, and count them down for you as you do them.

Even the dumbbells are smart. All of our free weights and weight machines have equipment dongles. The dongles fuse feeds from on-board accelerometers, gyroscopes and other sensors to very precisely track the motion of each piece of equipment. With free weights, the dongle is simply attached with velcro. With weight machines, it replaces the normal weight selector pin.

With these simple little scrappy devices, we’re now able to track all kinds of nuanced information about your workout – and do so without throwing out what is otherwise still very useful equipment.

Be Smart About Your WorkoutWe called the system “Keith” since Keith was the fitness trainer at our gym who worked most closely with the developers in building the first iterations of the underlying machine intelligence. If you prefer a woman trainer, you can call on virtual “Chris” (yep, another trainer at our gym).

When you approach a machine, your workout wand temporarily partners with the dongle for each piece of equipment and draws on the artificial intelligence to adjust your workout routine in real-time. It also automatically records everything you do as for your records and as a feedback loop and source of learning for future workouts.

The system isn’t yet smart enough to analyze your workout form. We believe that intelligence is imminently doable with existing machine vision solutions, but as I’ll explain later, we just haven’t pushed the development in that direction yet. What you can do now is stream audio and video onto the personal device of your choice (ear set, glasses, badge, or an old smart phone), for tips and tricks for all kinds of exercises.

Artificial Keith and artificial Chris now work in some one thousand gyms across our federated network of co-op gyms, continuously improving their intelligence through interactions with the real Keiths and Chrises working in those gyms. Far more important though is all that feedback coming through the hundreds of thousands of gym members now working out with the system and training it with each and every one of their grunts and grimaces.

Green Lake Community Fitness illustrates an important aspect of innovation, which is that technology grows in layers. So much what we have today is contingent on what we had yesterday.

What’s more, some of yesterday’s technology is “heavier” than others, in that it sticks around longer. Roads, bridges and cell towers are examples of heavy technologies. Much of their value lies in their bulky, dumb structures, which are quite resource-intensive to replace. So rather than replace the bulk, we simply overlay it with newer, smarter layers of technology.

That’s exactly what’s happened with the gym equipment in our co-op fitness network. Replacing all that bulk would not only have been wasteful, but financially infeasible for most of these small businesses. So instead, we’ve built a smart layer of technology to lay on top of all that bulky, dumb mass.

The future is already here — it’s just not very evenly distributed.The result is that our gym today looks much like it did in the 1990s – the technology is hard to see, unless you look very closely. Indeed, it’s my observation that much of my day-to-day experience even outside the gym still looks much like it did decades ago, even though most of what I interact with is much, much smarter.

William Gibson was right about the future being nestled into our past. I guess what I’d add is that where it shows up is frequently determined by the amortization schedules of our accounting apps. 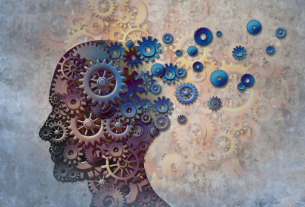 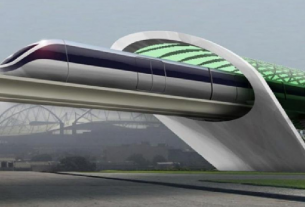 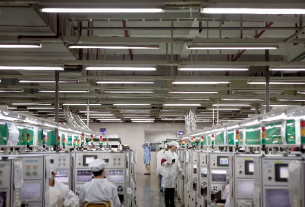